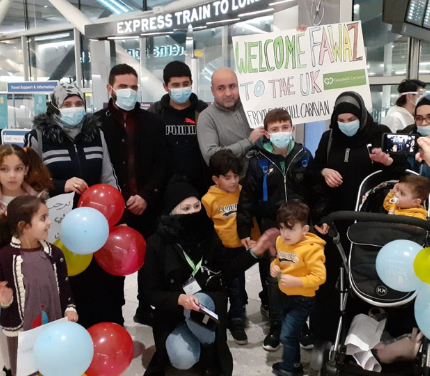 Fawaz is only 11 years old and after escaping war in Syria, he has been living alone in detention centres and refugee camps in Greece for the past 18 months, despite having family in the U.K. It has been unimaginably hard for this little boy, alone and unable to understand why he could not be reunited with his aunty and uncle.

Goodwill Caravan first met Fawaz in a detention centre in Greece when he was just 10 years old. They were contacted by his family in the UK, who had themselves been supported by the charity. It is thanks to the hard work and collaboration of lawyers in the Greek islands, Athens and London, that Fawaz will finally be allowed to continue his childhood surrounded by his loving family in the UK.

Even though this story has a happy ending, it is important to note that there are hundreds of children like Fawaz who are alone in Greece. In that time they are missing out on a large part of their childhood through fear and loneliness. Goodwill Caravan will continue to take on reunification cases, despite the delays and difficulties caused by both the pandemic and frequent changes to the law in Greece.